The Jersey Brothers is an extraordinary, real-life adventure of three brothers at the center of the most dramatic turning points of World War II and their mad race to change history—and save one of the brothers captured by the Japanese.

All Navy men, they end up coincidentally and extraordinarily at the epicenter of three of the war’s most crucial moments. Bill is picked by Roosevelt to run his first Map Room in Washington. Benny is the gunnery and anti-aircraft officer on the USS Enterprise, one of the only carriers to escape Pearl Harbor, and by the end of 1942, the last one left in the Pacific to defend against the Japanese. Barton, the youngest and least distinguished of the three, is shuffled off to the Navy Supply Corps because his mother wants him out of harm’s way. But this protection plan backfires when Barton is sent to the Philippines and listed as missing-in-action after a Japanese attack.

Sally Mott Freeman was a speechwriter, PR executive, and non-profit leader for 30 years before her 10 year’s research for The Jersey Brothers. After penning speeches for FCC leaders, she became the agency’s spokesperson for the court-ordered breakup of AT&T. Sally also serves as a VP for Telecommunications at Fleishman Hilliard, Inc., a global public relations firm, as well as Communications VP for two technology trade associations.

Board chair of the premier independent literary center in the Mid-Atlantic, The Writer’s Center, she just completed her 4th term. She has also served on boards of The Washington Shakespeare Company, American Diabetes Association, The Washington Tennis Foundation, Recording for the Blind, and St. Anne’s-Belfield School and Sweet Briar College Alumnae boards, and as a member of the Monticello Cabinet. 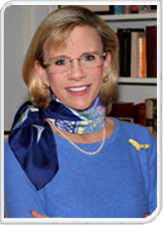