Ingrid E. Newkirk is the president and founder of People for the Ethical Treatment of Animals (PETA)—the largest animal rights organization in the world, with more than 6.5 million members and supporters worldwide.

Newkirk was born in Surrey, England, and lived in Europe until she was years old, when she and her parents moved to India. She has always been drawn to animals and often rescued abused cattle and stray dogs during her childhood. After moving to the U.S., she served as a deputy sheriff and was a director of cruelty investigations for the Washington Humane Society/SPCA (the second-oldest humane society in the U.S.). She has also been a Maryland state law-enforcement officer for 40 years and currently serves in an advisory capacity on various animal-protection boards.

Newkirk’s efforts led to the passage of legislation to create the first spay-and-neuter clinic in Washington, D.C. She coordinated the first arrest and conviction in U.S. history of a scientist on cruelty-to-animals charges and helped pass the first anti-cruelty law in Taiwan. Other firsts include the first felony charges of cruelty to animals involving a factory farm after PETA conducted an investigation of a pig farm in North Carolina as well as the first felony charges of cruelty to factory-farmed birds as a result of a PETA investigation of turkey farms in West Virginia.

She spearheaded the closure of the Department of Defense’s underground “wound laboratory” and the closure of the largest horse slaughterhouse in North America, and she has initiated many other successful campaigns against animal abuse, including ending all crash tests on animals. Her investigation of the Indian leather trade was covered by BBC’s Woman’s Hour, among other shows. As a result of PETA’s campaign against cruelty in the Australian wool industry, during which Newkirk personally visited farms in Australia, live flaying of lambs is declining. She has spoken on innumerable college campuses and at international symposia, and she addressed the international peace conference in the Middle East in 2005.

Newkirk is the author of more than a dozen books in several languages, including her latest, Love for Animals, Large and Small, as well as The PETA Practical Guide to Animal Rights and One Can Make a Difference, which contains essays by His Holiness the Dalai Lama, Paul McCartney, Moby, the Rev. Al Sharpton, Helen Thomas, Sean Astin, and other people who have worked to effect positive changes. Her other books include The Compassionate Cook, Let’s Have a Dog Party!, 50 Awesome Ways Kids Can Help Animals, Making Kind Choices, The PETA Celebrity Cookbook, Animal Rights Weekend Warrior,You Can Save the Animals, Free the Animals, Kids Can Save the Animals, and 250 Things You Can Do to Make Your Cat Adore You.

Newkirk’s campaigns to promote cruelty-free living have made the front pages of virtually every newspaper in the U.S. and the U.K. and have also been featured in The Times of India, The Washington Post, and countless magazines and other periodicals. She was named a top businessperson of the year by Fortune magazine and Washingtonian of the Year by the Washingtonian. She has been profiled in The New Yorker, The New York Times Magazine, Time, and twice in People, and she was also featured in Forbes magazine. She has appeared on The Colbert Report, The Today Show, The Oprah Winfrey Show, Larry King Live, Politically Incorrect With Bill Maher, Crossfire, Nightline, 60 Minutes, Voice of America, and 20/20, among others, and she enjoys a lively debate and the opportunity to show how easy it is to make animal-friendly choices. She has been the subject of two documentaries: the BBC’s Ingrid Newkirk: The Naked Revolutionary and HBO’s award-winning I Am an Animal.

“Animals have all the enemies imaginable—people who think nothing of taking their lives, stealing their young, and denying them everything that is natural and important to them,” says Newkirk. “They need all the friends they can get. Anyone with compassion for animals, with empathy, is their ambassador to the human world.”

What Others Say About Ingrid E. Newkirk

“Ingrid Newkirk is not only a thoughtful animal rights and environmental activist. She is an inspirational leader. A heroine. A woman upon whom so many depend, around the world, for information and guidance. In a world where all animals, everywhere, are more threatened than ever, Ingrid Newkirk is their champion.”
—Alec Baldwin

“If I were going to pay tribute to someone, it would be PETA founder Ingrid Newkirk and ordinary people who make a difference.”
—Chrissie Hynde

PETA focuses its attention on the four areas in which the largest numbers of animals suffer the most intensely for the longest periods of time: on factory farms, in laboratories, in the clothing trade, and in the entertainment industry. It also works on a variety of other issues, including the cruel killing of beavers, birds, and other “pests”; the overpopulation crisis involving cats, dogs, and other animals; and the abuse of “backyard dogs.” 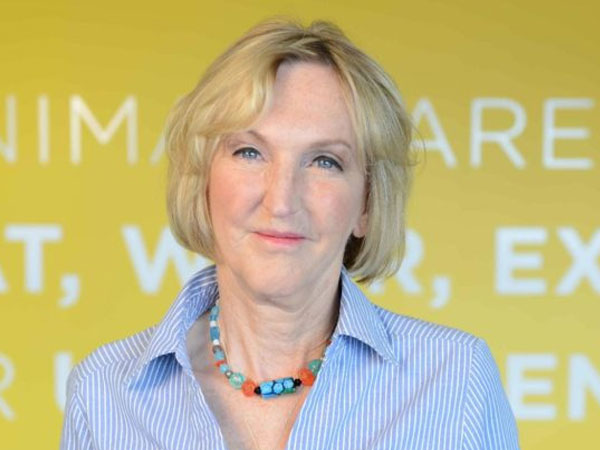